What is Wunderfund’s game plan? 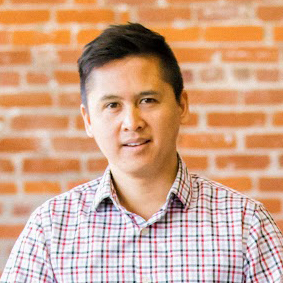 Wunderfund, which was founded in 2017, is an equity crowdfunding portal where anyone can invest in early stage companies for as little as $50.

Since its founding, it has made over 30+ successful offerings. We chatted with Wunderfund’s CEO and founder, Marvin Abrinica about what they do and what the funding scene is like in Cincinnati.

Abrinica: Wunderfund was founded out of the Jobs Act. Under the Jobs Act, you can now fundraise using a public regulation called Title III, and that allows you to raise capital up to five million dollars using the public market.

So it’s a “semi-public” market of course. As long as you’re using a portal like ours that has been registered with FINRA and the SEC, then companies can raise capital from there, and everything is built right into the portal. This lets average people invest in companies, which is the real benefit, because 93% of the population has historically been excluded from investing in deals up until now.

How did you come to be involved in that?

Abrinica: I’ve always had a love for crowdfunding and kickstarters. I’m a former brand person. I guess I still am in many ways. I used to be a brand manager at Procter & Gamble before I left there in 2015. When I became an entrepreneur, I started working with a lot of companies that were raising capital– helping them develop their overall pitch, their overall concepts, and so forth.

Then as that started growing, we got into the whole crowdfunding space simply because I was aware of what was happening with Title III. Then we spun out this technology as an agency which allowed us then to raise capital for our clients.

A lot of entrepreneurs start by working at P&G.

Abrinica: It’s a good training ground for business people in general. I’ve been very fortunate from that standpoint. I learned a lot and then decided to take those skill sets and bring them to the outside world.

What areas will you focus on?

The second overall horizontal is underserved founders–Black, Latina, female, Asian, and LGBTQ founders who have really been disenfranchised and/or not included.

Then we get into verticals. When we talk about verticals, we’re looking at a growth perspective. Tech companies, the ones who have built a product already, are ones that we look at.

Another area is real estate, which we’re just getting into. It’s a hot market right now. This is one of the recession-proof areas that we really love.

The healthcare market is also something that is going to continue to explode. We are launching a new portal in the next six months which will be focused on and dedicated to healthcare products and services.

Are you from Cincinnati yourself?

Abrinica: I am from Cincinnati. I grew up here in Cincinnati, so I’ve seen its renaissance. Much like Louisville, we’ve seen a lot of change, a lot of opportunities there. I’ve seen downtown transform. For me, being able to stay in Cincinnati and found my company here is awesome. It’s great to be able to contribute to our society that way.

Are you optimistic about the future?

Abrinica: Absolutely. These mid-markets are the breadbasket of America. This is where Main Street is. These are the types of cities where jobs are created for hardworking people, and the opportunity to fund these things is a dream for me.

You’re really talking about Silicon Prairie, and being able to fund Silicon Prairie and that basket of growth, is really the vision and mission is of Wunderfund. We’re very optimistic about what we see happening in Cincinnati. Even through this mini-recession with COVID-19 and its pullback, what we’ve seen is that the economy is stronger than ever.

People want to be able to invest and they want to support small businesses. This is where it really comes down to: being able to diversify their portfolios into companies like you’ll see on Wunderfund.