The future of unmanned low-orbit flights as a service 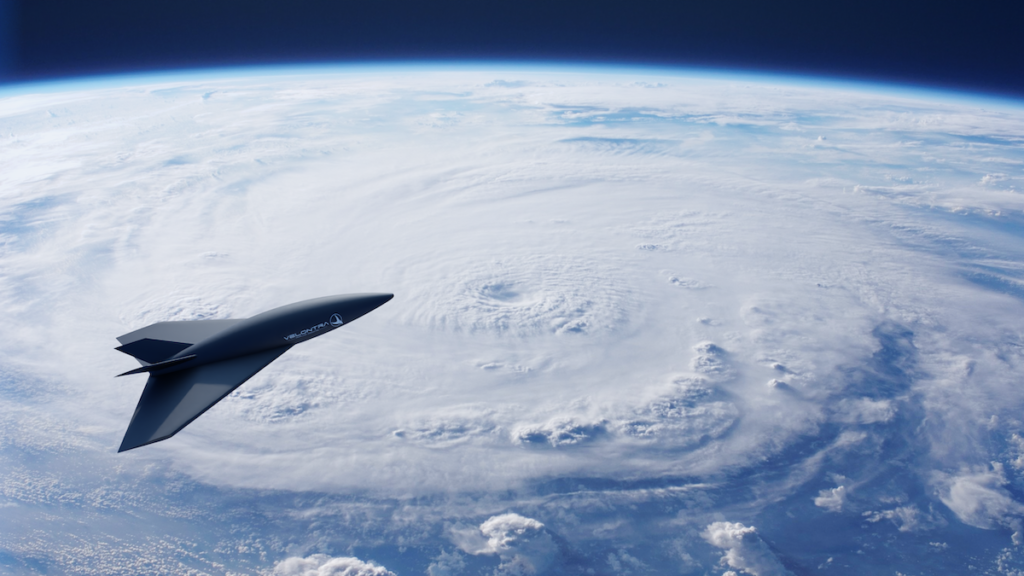 Velontra is building an engine capable of hypersonic speeds that could be crucial as a new space race heats up.

Velontra, a veteran-owned Southeast Ohio aviation startup, aims to revolutionize the ways companies reach low earth orbit by, in simple terms, taking a rocket out of the equation. The company, which has taken orders to ship its first four prototype systems by the middle of next year, has raised $1.4 million in pre-seed funding since being founded in September 2021 and is now working on a $4.5 million seed round.

We talked to co-founder and CEO Rob Keane about the future of unmanned low-orbit flights as a service, how Velontra plans to do it for about 1/10 the cost, and how being located in the Cincinnati-Dayton aviation hub has helped his young company take flight.

Without giving away any trade secrets, can you give us a layman’s overview of how your propulsion system is able to reach speeds of 3,500 mph?

Keane: Our end system is going to take off with an afterburning turbojet. It’s a jet engine with an afterburner that’s going to allow us to climb and accelerate to a little above Mach 2 at around 40 to 50,000 feet. We’re used to seeing this approach in fighter planes. Then what we’re going to do is take that air that’s running through that turbojet, except we’re going to route it around the turbojet into that afterburner – we call that a ramjet – and that allows us to accelerate to above Mach 5, that’s at 3,500 miles per hour and above 100,000 feet. It’s the same basic propulsion system SR-71s [The Blackbird reconnaissance jet] use, except for the SR-71 did not fully convert to a pure ramjet.

And at 100,000 feet, 125,000 feet, and Mach 5, wings aren’t a lot of good in space. We’re going to attach and launch a second-stage, liquid-fueled rocket that goes up into space. So essentially, what we’re doing is one-for-one swapping the first stage of a rocket launch, except a ramjet is six times more fuel efficient than a rocket. That’s a big deal.

We’ve also read that you are using 3D printing as a key component of your manufacturing process?

Keane: Actually, right now almost all of the afterburner ramjet portion is 3D printed. It’s pretty cool. So we got some patents pending on and we’re working on that side – the IP side of the house is leveraging 3D printing. We can combine spray bars, cooling fuel circuits, all in somewhat unique geometry, which we’re pretty excited about. We’re using an Indiana-based 3D printing company, south of Indianapolis, Innovative 3D Manufacturing.

What are the steps in your projected vision of growth, where you’re going from developing and manufacturing a propulsion system to offering low earth orbit flights as a service at one-tenth the cost of current methods?

Keane: So right now, we’re starting with propulsion. That’s what we know … and that’s also what we’ve got paying customers for right now. Let’s execute on those contracts. Then we take that propulsion system and put it in the lowest-cost, lightest-weight, smallest supersonic UAV [unmanned aerial vehicle] I could possibly do. … I’m gonna build the fastest way I can to save costs, to understand those core problems, and get up to where I have a system, flying it above Mach 5, flying it above 100,000 feet, which again, there’s specific government and commercial interest in that system alone in and of itself. Now that I’ve ironed out all those problems, it’s time to scale it.

Your current market focus is on DOD and rapid incident applications of your propulsion system, mostly in the area of unmanned flight? What are some other potential applications?

Keane: I think the long-term applications will be nearly endless. I can see point-to-point transports of organ donations. Imagine a lung organ donor from Tokyo donating to somebody in San Diego. … In fact, we see some companies like Boom, right? They’re doing commercial supersonic transport. Hermeus, they’re doing commercial hypersonic transport. So this is showing a growing market for manned travel. I think the exact same market will follow for unmanned systems for carrying just payloads for transport.

How has being founded and owned by veterans shaped the culture of your startup?

Keane: We’ve tried to leverage the military culture of respect and also of mission accomplishment. So myself, I was a special operator. And one thing I really liked about the special operations forces is you take a few people, but you empower them. They get a lot of autonomy to make independent decisions, a lot of funding. Give them the tools they need to do the job. And then you’re able to accomplish so much with so few people. It’s a big force multiplier, but we’re trying to do that in our space. So we hire engineers and then empower them to make the decisions they need to without layer after layer after layer of bureaucratic approval. Trust your people to do the right thing, empower them, help them, and they’re going to do awesome stuff.

What advantages has being in the Cincinnati-Dayton area brought to your business?

Keane: Right now, we’re located about halfway between Cincinnati and Dayton, which is really cool. So we’ll start with Dayton with Wright Patterson Air Force Base. You’ve got the Air Force Research Lab, one of our first customers. So that’s great access, they can drive down and see our facility, as well as there’s a lot of talent there. In Cincinnati, you have GE Aviation … and again, a surrounding supply chain that is experienced working with aviation, and we’re in driving distance from both. … We are located 25 or so minutes away from where the Wright Brothers bicycle shop is, where they learned how to fly. I don’t know if it falls into the business case, but it’s not lost on us and it’s pretty cool to be essentially almost literally standing in the footprints of the people who went before in bringing Ohio the claim of “birthplace of aviation.”