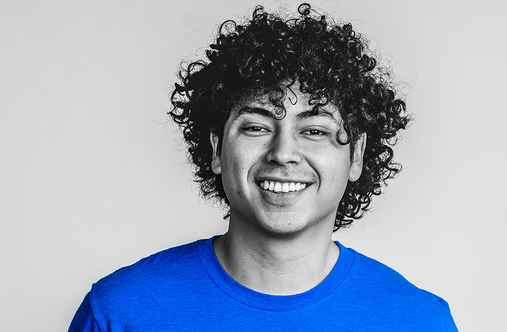 School payments are moving onto specialized Edtech SaaS platforms. There are hundreds of these platforms with no unifying approach to taking and managing school-related payments. The result is that schools miss out on chances to increase efficiency and engagement or to save time.

Pay Theory is the creator of a SaaS-based electronic payment solution that focuses on helping families and public schools manage tech-based financial payments. Last week, the company closed on a $2 million seed funding round led by Zeal Capital Partners, a Washington D.C. firm.

We spoke with Pay Theory senior partner Pablo Martinez about the company and the plans for the new funding.

How did Pay Theory come about?

Martinez: It was as simple as Brad [Hoeweler, CEO] having an idea for a startup. Brad has a lot of experience in Cincinnati, creating companies and building and investing. He was talking to some people and he got connected with Eric Fulkert, who is now our CTO. Brad pitched an idea and Eric said, ‘That’s an awful idea.’

But another idea came out of that. Brad was working in the world of finance and Eric was working in the world of education technology. Edtech needs help from Fintech. It’s like the kind of missing piece right there. That’s when I came in. I did the market research, which involved going to the treasurers of districts in the area, meeting with them one on one, and then having them walk me through all their pain points.

What were those pain points?

Martinez: Educational treasurers are using outdated technology. They’re struggling with managing the data that they have, because the tools that they’re being given either by state or by Edtech SaaS companies aren’t adequate to meet their needs. So our team followed what we call a design thinking process, which starts with empathy. We wanted to understand the issues they were going through and come out with a product that’s more than just a tool for treasurers but for anybody in that family technology space.

What did you learn?

That sounds too simple or maybe too ridiculous to be true. But if that’s happening at a school district like that, you can only imagine how it’s happening across every other school district across the country. So what we’re seeing is data isolation and multiple payment systems that don’t talk to each other. For example, someone could be paying with cash or paying with a Venmo account, or a cash app account or Paypal, etc. We found the school districts can have up to a dozen plus different areas where payments come through. And that becomes a nightmare for the organization to reconcile that information or audit that information to the state because it’s got to be uniform and presented by account codes. What we want to do is come in and be that payment gateway for them.

What are the plans for the new funding round?

Martinez: We’re looking to expand our team, particularly on the development side. On the technical side, we’re looking to expand the product itself. We have a working proof of concept that has customers on the SaaS side integrated with Pay Theory. It’s a matter of building out that platform some more and then adding some unique features to it. We’re also exploring what something like access now, pay later would look like.

What are the advantages of launching a company in Cincinnati?

Martinez: Being a Fintech in Cincinnati is quite the advantage for us. Cincinnati has a history when it comes to Fintech technology. One of the largest payment companies in the world, WorldPay, started in Cincinnati. [WorldPay was acquired by Fidelity Nation Information Services for $43 billion.] The city kind of already has a Fintech mindset.