Building a Roomba for the water 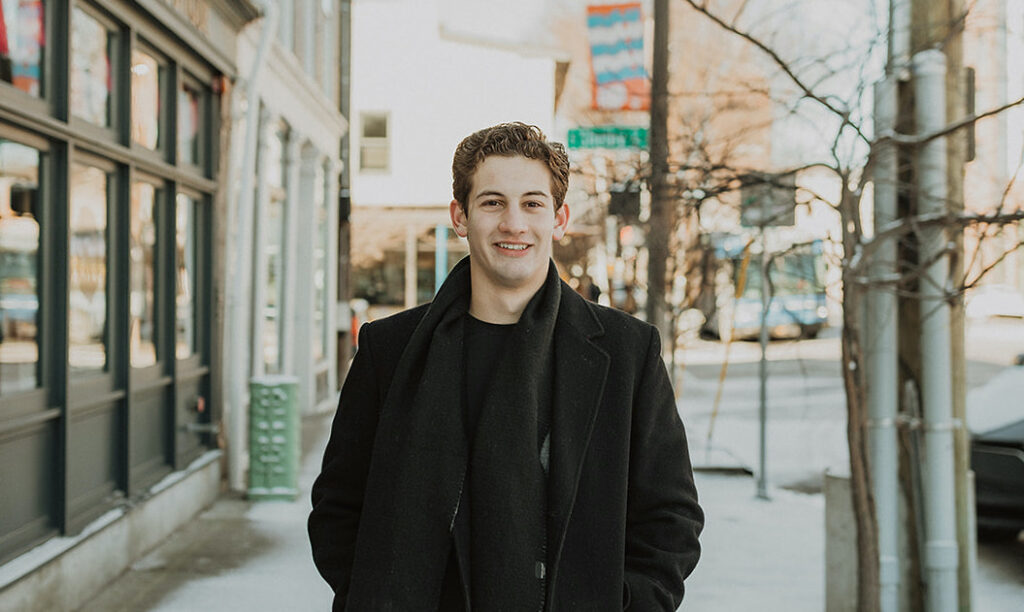 Clean Earth Rovers is a startup located in Cincinnati that is developing a prototype that will help clean near-shore waterways of pollution. If you’re surprised that such a company isn’t located on the coasts, then you might be more surprised that it was co-founded by a recent college graduate. Cincinnati Future spoke to Michael Arens about the company and the tech that drives it.

Why the interest in water pollution?

Arens: During my last semester as a senior in high school, I was in a public speaking class and was inspired by another classmate who spoke about the impacts of plastic pollutants on our oceans. I became completely enthralled. Trying to learn more about this problem consumed me — what was going on out there, who was doing things, what solutions were being invented.

From there, I spent that summer coming up with an idea for what was supposed to be a massive, 60-foot long, 60-foot wide and 20-foot tall autonomous machine that was ocean-going and would clean up to 2,000 tons of trash per trip. Over a couple of years of working on that idea, meeting with mentors and going through accelerators and incubators, we were getting good attention and traction on it. But we were running into problems with building a tangible prototype and securing funding.

Arens: Yes. My co-founder, David Constantine, and I decided to start small and then go big. Now we’re validating a market for a 5-by-5-foot machine that uses the same or similar technology as our original prototype. Think of it as a Roomba for near-shore waterways. There’s a market for it in the marina industry. A lot of marinas on the east and west coasts, as well as in Florida and Canada are showing interest in our idea already.

What state is the prototype in now?

Arens: We are about to complete our first professional prototype that has our proprietary technology this month.

Who’s on the team?

Arens: David and I are both entrepreneurial studies graduates. The two of us have been working on it together for about a year. When we decided to pivot, we added an Entrepreneur-in-Residence to the team. From there, we started sending messages to engineers and people in the Cincinnati area. We found people who were interested in joining the team.

We have a corporate sponsorship with BRP in Cincinnati. The lead design and innovation engineer from Sea-Doo has worked with us as an adviser and has formed a media sponsorship with their corporate owners at BRP for when we are done with the prototype.

We received $40,000 in funding from the University of Cincinnati, and they have committed another $180,000.

Describe the tech for us.

Arens: From a technical perspective, our 5-by-5-foot unit is called an autonomous surface vehicle (ASV). It will have an eight-hour battery life, so it can run for the majority of the work day. The ASV has collision-avoidance software built into it, along with tracking and monitoring software. We estimate that it can collect up to 300 pounds of debris per trip.

It will also collect metrics about the water?

Arens: Yes. Every machine will be equipped with a series of water-quality data sensors. The data it collects will be transmitted through an IoT platform for researchers and municipalities and other target customers.

As soon as the ASV hits the water, we’ll be collecting data. So if a researcher wants to look back to what the water looked like in 2020 around this time, then they could compare the metrics. The more machines we have functioning and collecting data, the more dense the geographic picture being painted will be.

What kind of water pollution are we talking about?

Arens: Anything solid, such as plastics, trash, dead fish and even natural debris like seaweed, kelp, sticks and so on.

Our ASV will also have the ability to clean up cyanobacteria, which are harmful algo-blooms that contribute to red tides. Some have the consistency of a liquid, whereas others are more solid. So the solid ones we’ll be able to pick up.

What are the advantages/disadvantages of being in Cincinnati, considering a lot of your work is on coastal marinas?

Arens: Cincinnati has a great startup community. Everybody we have met here have been champions for us. I credit a lot to Xavier University and their professors. Our main mentor is Mike Halloran, a professor of management and entrepreneurship at Xavier. He has successfully exited three of his five startups. He has also been the catalyst for connecting us across the Cincinnati startup ecosystem, whether it’s incubators, accelerators or Cintrifuse.

There are also a lot of advantages to being in the back yard of Procter & Gamble, Kroger and other big corporations. They’re constantly looking for innovation to adopt or test.