An intentional approach to bring girls into STEM 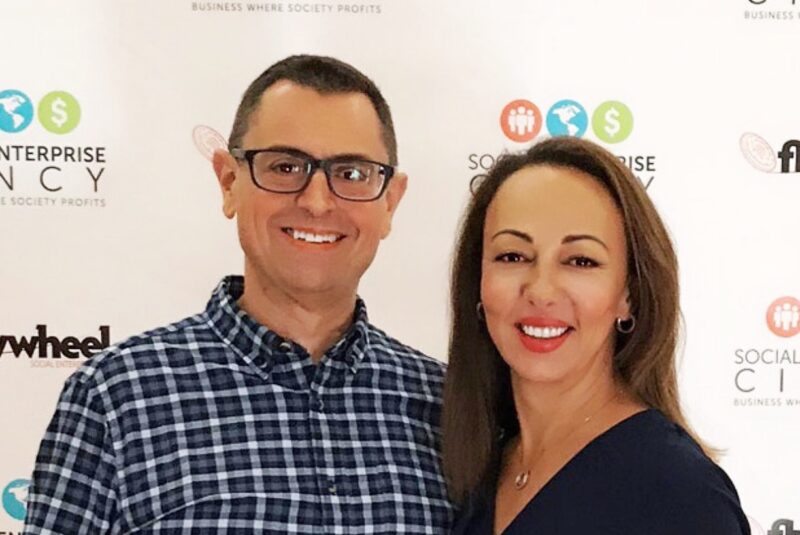 innoVationGirls is a company founded under the belief that we can prevent the cliff effect in adolescent girls by getting them interested in the STEM field between the ages of nine and 15. Cincinnati Future spoke with innoVationGirls CIO Richard Zriek, who launched the company with his wife, Rita David, about their game plan.

You say it took the birth of your first daughter to become hyper aware of the landscape for females in the world.

It was like a “Matrix” thing. I started to see all of these fine details about how women are treated in the workplace and in culture. I started taking notes everywhere I went in the world. There’s something fundamentally wrong in our societies. When our second daughter, Isabel, was born, my wife and I decided to quit our corporate jobs in tech and innovation and to go on this journey of finding a way to make a difference.

innoVationGirls was really the birth of the final realization that we have to tackle two key constraints for girls to be successful: The first constraint is to get girls interested in STEM in the first place. We needed to understand the impact that society has on girls between the ages of nine and 15.

Those are the most critical years for young women who are experiencing all of the ‘isms’ in society. Those are also the critical years where they start losing their confidence. If we can give them confidence in their creative abilities, their intelligence and their ingenuity, then we can get them to cruise through these years. Moreover, they can become interested in STEM through high school and beyond.

The second constraint is that society is really not helping us move. Women are not being funded as much as men. Only 2% of all funding is going to female founders.

What is innoVation Girls doing to help the situation?

We are creating a platform that takes exponential technologies. We layer them on top of each other, so we can expose these girls to STEM from a completely different angle. The first technology that we expose them to is systematic inventive thinking (SIT), a method that helps them break away from their current patterns of thinking to come up with innovative ideas on demand.

We bring in game elements and design thinking. Gamification is a huge component of how the world is moving, and these young girls are naturals at it. The third layer is virtual reality (VR). That gives us the chance to create elements of a metaverse, where we congregate and invite businesses to co-create with us. We do 3D modeling and VR.

Then, we take them on a Shark Tank type of journey about marketing, business model innovation and crowdfunding.

Give us an example of a business you’ve worked with.

Fifth Third Bank came to us and said, ‘You’re working with a group of people that are really untainted by all the schooling of the banking system, which is exactly what we want. What if we could tap into their minds and have them give us solutions to some of the problems we’re facing?’ Out of 45 ideas, we narrowed it down to eight concepts. The girls then presented those ideas to the bank. They come up with ideas; we help them put it together in a form that the adults can chew on, and they present a coherent SWOT model. Out of the eight concepts presented, Fifth Third Bank adopted five of them. They are actually using five of the ideas conceived by these young girls from schools in Kentucky, Middletown, Ohio and Cincinnati Public Schools.

So the girls see their concepts in real-world applications?

Yes. They now understand that they made a difference in the lives of others. The bank will come back and tell them how the concepts are doing.

We have to unlock and nurture talent that has been overlooked. We have young girls who are meeting with us today to work on a project for which they are making $30 an hour — at the age of 10! If they can make $30 an hour at that age, then they’re going to further explore the STEM world where they could make $100 to $200 per hour as adults. We keep telling them it’s their duty to become millionaires and billionaires. We have to change the world, and we can do it by embracing that capitalistic model.