How we got here and where we’re heading 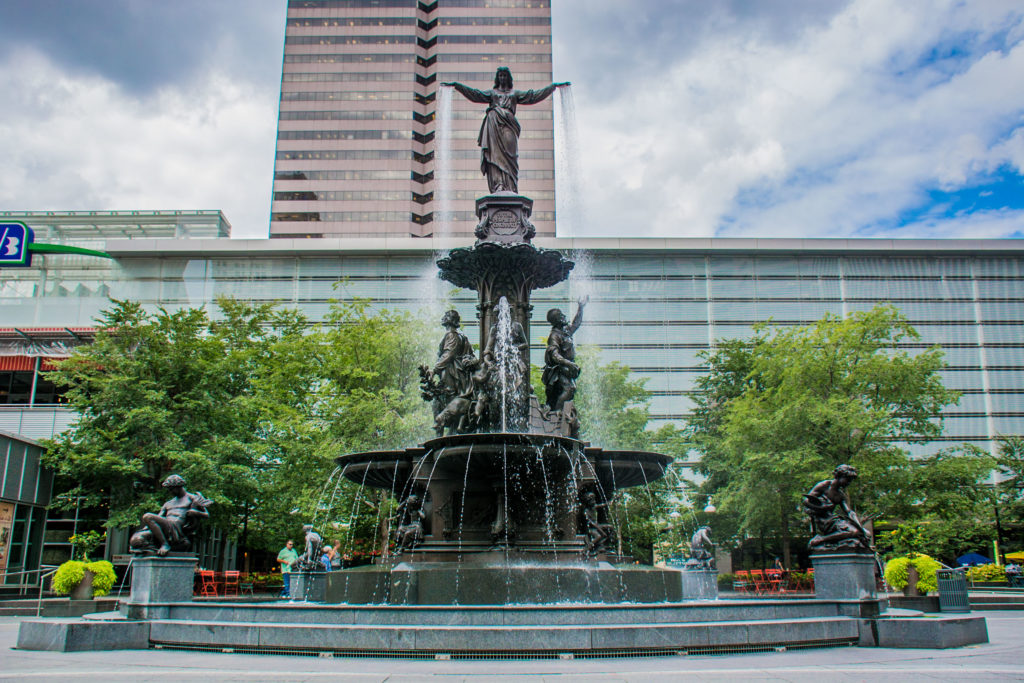 From the time it was incorporated as a city in 1819 until roughly the Civil War, Cincinnati was known as “Porkopolis,” as it led the nation in pork production due to easy access to water transportation. And since 1999, over 30,000 walkers and runners participate in the annual “Flying Pig Marathon,”as a reminder of all of the pigs which sauntered through the city streets during those earlier times.

Much has changed since those early days. For nearly a century, beginning in the 1870s, Cincinnati was known as the machine tool capital of the world, but relinquished that title as sole sourcing and new technologies entered the market.

Today, as a regional hub, the Cincinnati metro area boasts a diverse blue- and white-collar economy and next generation industries spanning geographically from the northern Kentucky region to nearly Dayton, Ohio. Fortune 500 companies P&G, GE, and Kroger are all large employers, and Amazon has started building its new transportation hub at greater Cincinnati airport. And Cincinnati Children’s Hospital has consistently been ranked in the top 3 among all U.S. children’s hospitals.

For someone wanting to start a company from scratch, there are plenty of resources to draw from. Accelerators, incubators, university programs, fund and angel groups, and minority resources are all readily available. Three major universities (UC, Xavier, NKU) in the greater Cincinnati area all provide the talent, research, and entrepreneurship needed to fuel the high-tech economy of tomorrow. . “Where next lives” is the University of Cincinnati’s mantra, and the UC 1819 Innovation Hub is “where next happens, “is also part of UC’s overall innovation agenda.

The Venture Lab, a compendium of these universities and smaller nearby institutions, was founded in 2018 as a group accelerator program. David Adams, UC’s chief innovation officer explains that this first of its kind partnership in the Midwest takes a novel approach. Instead of a traditional parochial and inward-facing innovation, the Venture Lab’s ecosystem is outward facing. And since July 2019, the Venture Lab, housed at UC’s 1819 Innovation Hub, has generated a record 400% increase in startups spun out of UC in its first year, and a 1,000% increase to date. More than a dozen Venture Lab graduate startups, and counting, have attracted funding.

One of the largest seed funds in the Midwest, CincyTech, has $60M under current management, and has produced nearly $900M in follow-on investments. Its mission is to provide advice and capital to entrepreneurs, help research institutions commercialize technology through startups, and catalyze investment from individuals and institutions into regional companies.

Companies relocating from the east or west coast will find that Cincinnati has the lowest cost index for doing business among the 30 largest cities in the nation. And since 2003, the non-profit Cincinnati Center City Development Corporation has pumped over $500M into the revitalized Over-the-Rhine section of downtown.

Although Cincy’s professional sports teams (Reds, Bengals, FC Cincinnati) have not fared well in recent years, the UC-Xavier collegiate basketball rivalry remains one of the most passionate in the country, with only 3 miles separating the two campuses and the annual Crosstown Shootout capturing national coverage every season.

Recently, the New York Times listed Cincinnati as the #8 in the world for places to visit, based on new and renovated theaters in the Over-The-Rhine area. Indeed, Cincinnati is truly the Queen City of the Midwest.