We are at the front of the global innovation district pack 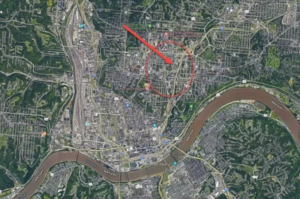 Innovation districts have caught fire in recent years, with city leaders around the world recognizing their proven ability to revitalize economically depressed urban zones. Cincinnati, an early adopter of the innovation district model, just marked the 15th anniversary of its Uptown Innovation Corridor, where $400 million has been raised to date to help transform Uptown Cincinnati into a tech-driven incubator for greater economic good.

1819 Innovation Hub, a mixed-use partnership between the UC and Procter & Gamble, followed shortly thereafter, providing a centrally located collaborative workspace for an array of businesses and entrepreneurs, further cementing our city’s commitment to community redevelopment and thoughtful urban infill.

The Queen City’s transformative efforts aren’t going unnoticed. A recent study by the Brookings Institute, titled “The Evolution of Innovation Districts: The New Geography of Global Innovation,” included Cincinnati in its list of 100 global cities leading the innovation district charge, and one of just 20 markets in the US to achieve that distinction.