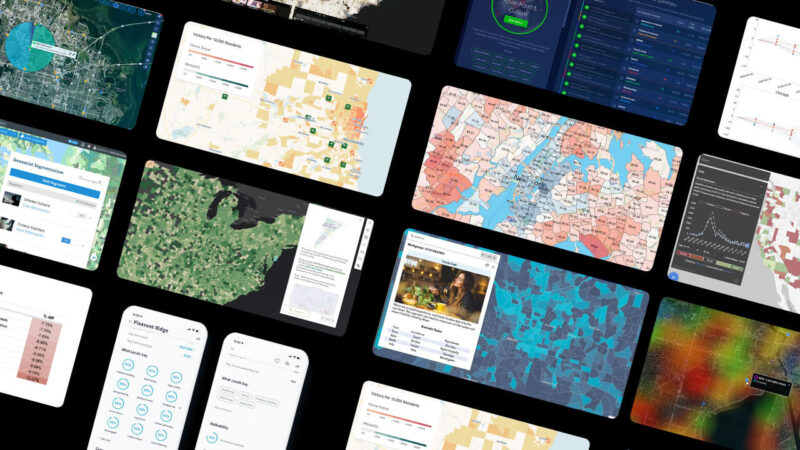 There are billions of people talking about their mindsets, interests and attitudes on social media and there was no company that was capturing that data on a geographical level. That is, until three years ago when Spatial.ai released its geosocial dataset.

Cincinnati Future spoke with Lyden Foust, Spatial.ai’s CEO, about how the company began and the tech behind its success.

How did the idea for the tech come about?

Foust: I was doing a lot of ethnographic research for P&G as a consultant. I would go to a city and study its culture for a period of time and come back with insights. I did a lot of the research by writing surveys for people to ask about how they felt about products. But I found that I was impacting my own data by my questions.

Then I realized that people are talking about their interests all over social media.

How did the company form?

Foust: I had a friend, Will Kiessling (our CTO), who worked with the airflow data coming off of jet engines. We just transferred that to social media. One would never expect ethnographic research to connect airflow data from jet engines. But it worked out pretty well.

Can you describe your process?

Foust: We’re pulling data from Twitter, Instagram, Facebook, Flicker, 4Square, Meetup.com, Eventful and Yelp, but it’s mostly Twitter and Instagram posts. We organize all those billions of posts into 72 different segments of interest and communities. We can zero in on a particular neighborhood and find out if they’re talking about literature, gardening, dogs, etc. A little insight: Since COVID hit, data from pet lovers has gone through the roof. And there are a lot more wine lovers.

There are companies that do unreal stuff with our data. I just posted an article on the top 20 companies built on geosocial in 2020.

Give us a specific example of the tech.

Foust: Let’s look at the dataset we named Dog Lovers. We allow a machine to find mathematically related terms in social media and create segments. There’s a mathematical relationship between the words “grooming” and “man’s best friend.” The machine doesn’t know why there’s a pattern but, as humans, we know it’s clearly some kind of dog lover’s segment. The data is then distributed geographically.

So we can look at Columbus, for example, and see where there is a bigger concentration of dog lovers. Retailers can use that data to tell them where to open a store or where to put their product.

We can also analyze an area to find out what categories of businesses already flourish there. The data is predictive of retail sales. For example, in areas where yoga is popular, the types of businesses that do well are vegan, skincare, acupuncture, and massage services. So it gives people an idea of where to put their company.

We’re a small team but we’re really good at doing analysis on human behavior. We supply that to companies and they’re the ones who make it real.