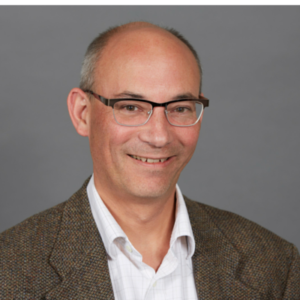 NaviStone is a marketing company located in Over-the-Rhine that combines classic direct mail with digital retargeting. NaviStone’s CEO and Founder, Larry Kavanagh talked to Cincinnati Future about his company and the tech behind it.

Tell us about how NaviStone was launched.

I worked in the digital marketing space in the 2000s and saw the birth and growth of many of the online marketing programs we take for granted today. Online search was just beginning, triggered emails were rare, and social media hadn’t been invented yet. What made these programs work is that they allowed companies to introduce their products just to people whose web browsing showed that they were interested in a particular topic.

I started NaviStone to take what I saw work in the early days of online advertising and combine it with direct mail.

You’ve been awarded the best in “Marketing Innovation” by the Cincinnati Business Courier. Can you give us more details on the innovation?

Purely digital advertising is oversaturated. It still works because marketers can reach consumers with a relevant marketing message at the right time.

Direct mail, historically, was sent in large batches, often millions of the same pieces sent to households across the country. It worked well enough because it generally was sent to the right people. The problem, though, was that it wasn’t sent at the right time. Response rates were fairly low because many mail pieces went to people who just weren’t interested at that moment.

NaviStone built a new marketing platform that allows us to use digital signals of interest to trigger daily, relevant direct mail. We were the first company to do this, and were awarded a patent for our process of doing so.

Describe the company culture and why it’s so important.

Any company is only as strong as its people. This is particularly true in technology business, where being nimble and innovative are the key to staying relevant and succeeding.

We built our culture around five core values that we’ve found high achievers are attracted to. We only hire people who embody these values. No exceptions. Those core values are: 1) We care. People matter. 2) Gotta wanna own it. 3) When it doesn’t exist, invent it. 4) We take the work seriously, ourselves not so much. 5) Accountability, not blame.

We do great work, and have fun, at least most of the time, doing so. And when something goes wrong it’s not about pointing fingers, it’s about figuring out, together, what we need to change.

What are the advantages in being located in Cincinnati?

There are many! Cincinnati has a lot of people with great technical skills, but not a lot of opportunities for them to build new software products. The startup community here began later than in other cities which means it’s still in that earlier/adolescent stage where there is a lot of growth and excitement. Startup Week gets bigger every year! The city also has a number of neighborhoods with the kind of office space and urban vibrancy that helps companies grow. Arts and entertainment abound, but so do real opportunities, through a wide range of charitable organizations, for hands-on activities to give back to the community.