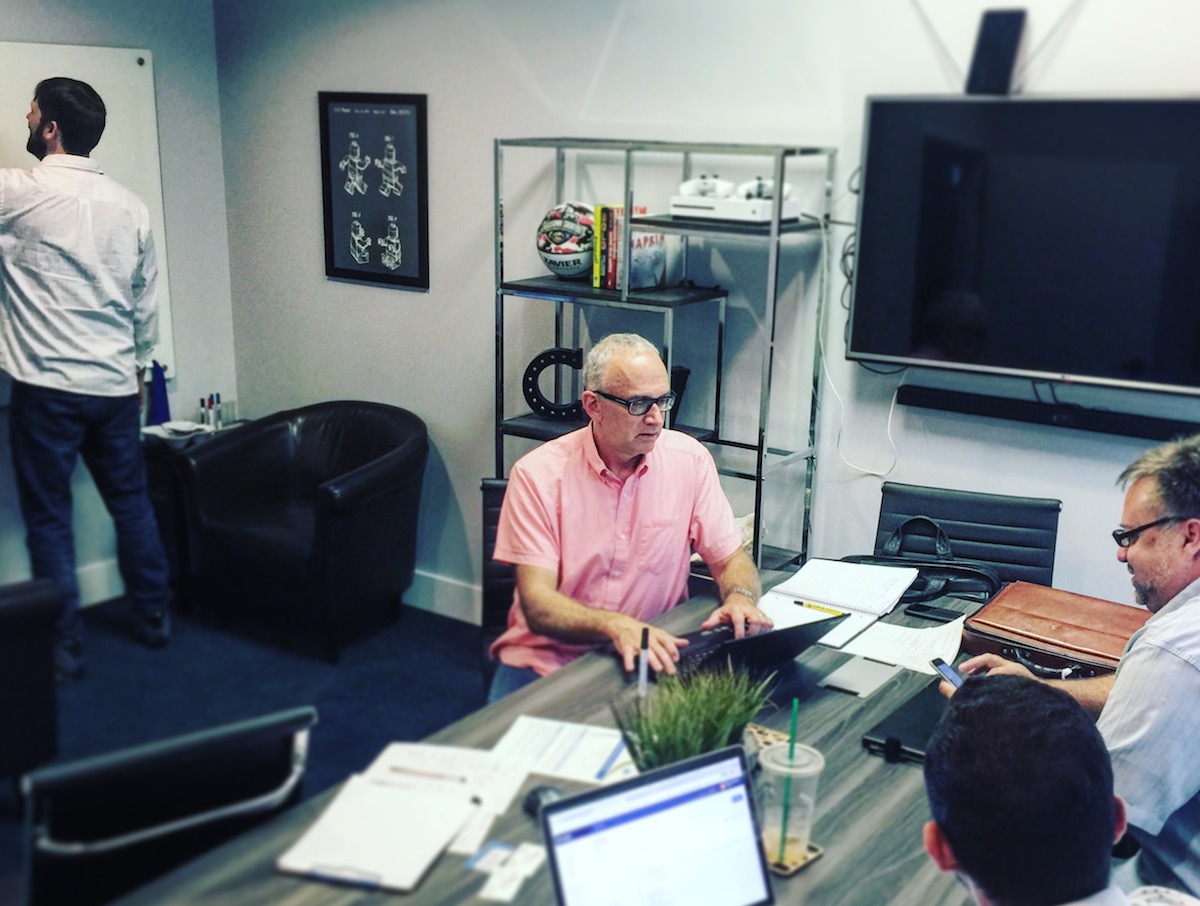 Coffee shops were popular home bases for budding entrepreneurs before the pandemic. People like Adam Koehler, Austin Allison, and Matt Vorst launched their real estate platform Dotloop after countless meetings at a Panera Bread near the University of Cincinnati.

After Zillow acquired DotLoop for $108 million in 2015, Koehler bought a building, Covington’s old Senior Services building, which offered 20,000 square feet of space in the up-and-coming city. There he created CovWorx, a co-working space that caters to startups. “There needs to be a place for people to go to so they can get things done and stay motivated,” Koehler says.

Membership includes all the standard amenities, including 24-hour access, free Wi-Fi and free coffee, desk space, and conference-room time. But it also offers access to the tech and design services many startups need.

“You have access to all these creative and technical people that could help you get yourself off the ground,” Koehler says. “So you may not be as reliant on having to hire people to get your startup off the ground initially if you don’t have a technical or creative co-founder.”

Some of the support comes from Koehler’s own creative agency, Reversed Out, which is housed in the building and has a 100% virtual workforce.

CovWorx tenant Lampros Labs is also available to support fellow tenants. “They hire kids right out of college to do technology work,” Koehler says. “They work directly with startups as well, and they offer discounted rates.”

“We have a Founder Institute chapter that runs out of this building. Michael Hiles and I are both directors of that,” Koehler says.

Also, Koehler is currently working to turn the building’s second floor into an event space. The caterer will be Chef Mavis Linnemann-Clark of The Delish Dish and Made By Mavis, who occupies the building’s basement. In April, Linnemann-Clark was named Kentucky’s Small Businessperson of the Year, so she obviously knows a thing or two about startups.

“I wanted to do something similar to Cintrifuse, but over here in Northern Kentucky,” Koehler says.

Plus, Koehler believes the Northern Kentucky city is on the rise. “Covington’s a different place than it was five years ago,” he says.

“We all need to come together as the fourth coast,” Koehler says. “As a group, we need to be saying, ‘Louisville is good at this,’ ‘Cincinnati’s got a lot of experience in this,’ ‘Cleveland’s really good at this.’ If you’ve got a healthcare startup, I’d recommend you go down to Louisville and talk to some of the people there. If you’ve got anything to do with consumer packaged goods, you could do that here. Logistics? Louisville, Cincinnati,  and this whole corridor is perfect for logistics.”