Contact CI brings the sense of touch to virtual reality 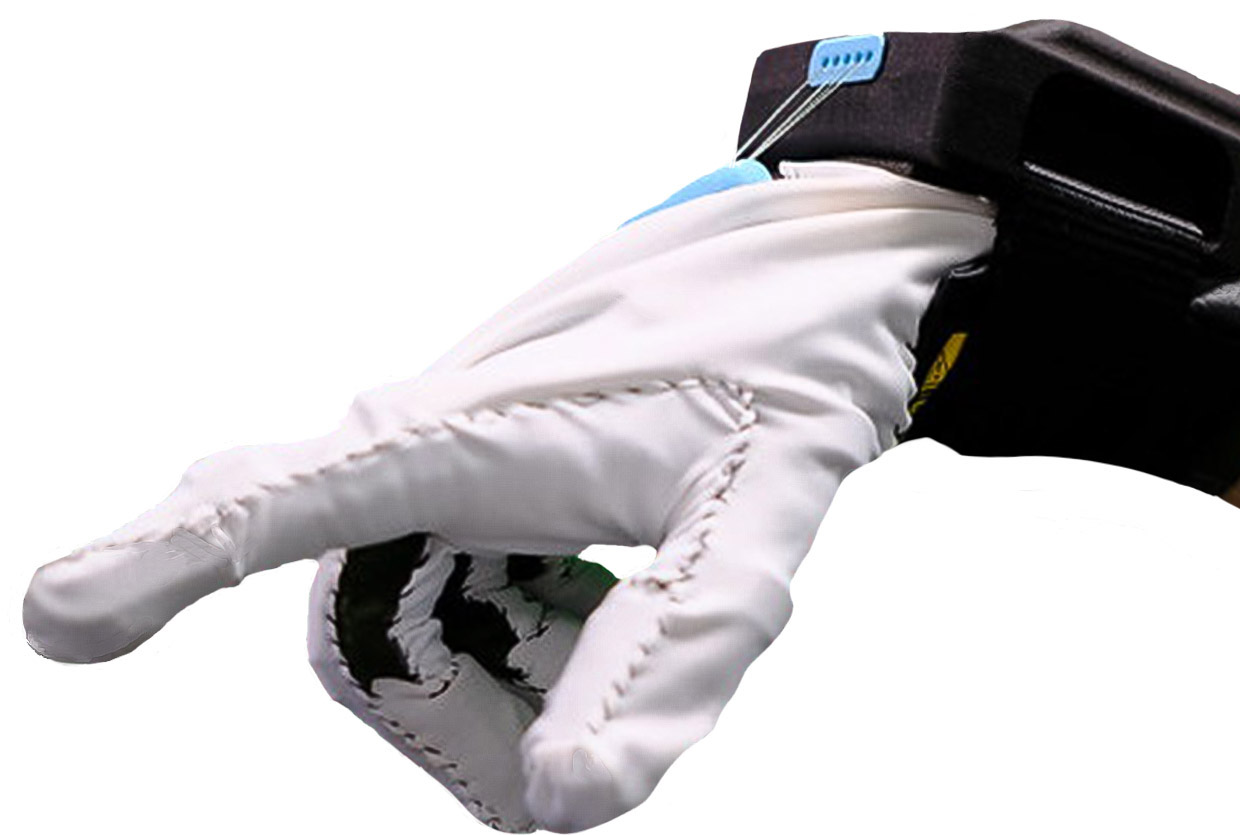 Virtual Reality tech is evolving at a staggering rate. A technology that lets users experience other worlds using the sense of sight and hearing is now moving to a new human sense: touch. It’s called VR haptics and a company in Cincinnati is at its forefront.

Craig Douglass, along with Tom Buchanan, co-founded Contact CI, which has created a proprietary system of biomimicry, called Maestro. Maestro is a haptic glove that allows its users to touch and feel objects in the VR environment. Cincinnati Future spoke with Douglass about the road to Maestro and what the future holds for the company.

What led you into this field?

Douglass; I was an undergrad at Syracuse University during what I call the Oculus awakening period of the VR industry. I was wearing the Oculus Rift to do an Apollo 11 DK2 experience. It felt like I was truly going back on an Apollo mission. It was that well done. While I was in “zero gravity” I saw a pencil float past but I couldn’t reach out and touch it. That’s how the tech is built–you just interact with the controller. That’s what we wanted to address.

How did the company launch?

Douglass: Well, Tom and I spent almost a year living out of my parents’ house. Then our office started incubating out of a Blue Ash company called Axiom Product Development. At the time they were doing some industrial design work for us and they gave us some office space to let us have some official desks to be going in.

We won a couple of engineering competitions during our senior year, which paid us $15,000 in total. When we graduated we got our first investment from someone here in Cincinnati. We officially registered the company in 2015.

Are you a tech engineer?

Douglass: I have a self-taught tech background. My degree is in finance and accounting. Tom has a biomedical background.

Who is your customer?

Douglass: Right now we’re focused on the enterprise, not necessarily consumers. We’ve partnered with Cincinnati Children’s Hospital on a surgical application they developed called Unity. With UNITY and we plugged in our game engine software to introduce haptics. We created what we call exotendons that mimic the way tendons work in real life.

In December, we were awarded our first seven-figure contract with the Air Force doing some pilot flight simulation integrations. The Air Force manages 2,000 simulators. Maestro is going to replace some of the switches and dials that are inside the cockpit. So you think about building out all of those dials so that you can feel them when you’re doing the flight simulator, not having to physically build them out but feel them through the glove itself, that’s one of the things we’re working on for that contract now. We will also focus on companies that want immersive training for their employees.

You’re from Cincinnati originally and you are still here. What are some advantages and disadvantages of locating your company here?

Douglass: First off, being located here was good for us when it came to the Air Force deal. Wright-Patterson is one of the main hubs of innovation for the Air Force. So being just a 20-minute drive going back and forth for meetings was definitely an advantage. We were able to just drive up I-75 and give them that demo.

I’d have to struggle to come up with any disadvantages. Cincinnati’s tech ecosystem may not be as mature as Silicon Valley but we’re getting there.

You can watch Maestro in action in this video.