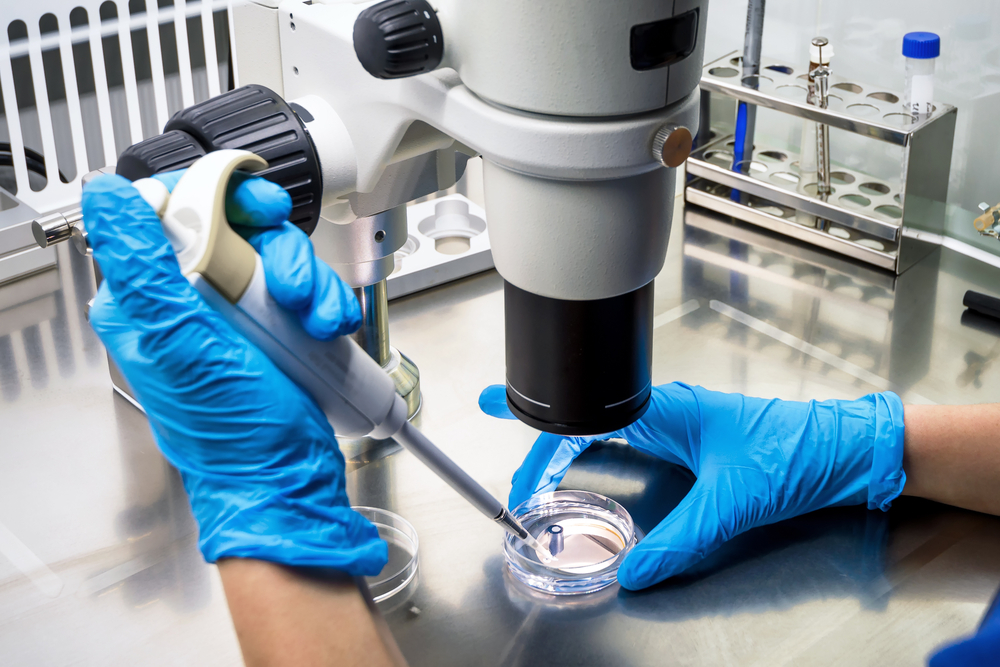 Image by Viacheslav Lopatin for Shutterstock

Cincinnati has a reputation for manufacturing, insurtech and fintech but it’s also home to some of the most exciting health care research in the nation, particularly in terms of pioneering cancer treatments. Here’s a look at some of the trails that are being blazed in that arena by Cincinnati institutions.

Head and neck cancer is the sixth most common cancer worldwide. It can impact the throat, tongue or nose. Treatments currently exist for it but it is a cancer that very often returns. Researchers at the University of Cincinnati are testing a new therapy combination using an existing treatment for better results.

Christina Wicker, PhD, a postdoctoral fellow in the lab of Vinita Takiar, MD, led the research using an approved drug to make radiation therapy more effective for head and neck cancer. The drug, telaglenastat, is a glutaminase inhibitor that stops a key enzyme in a cell pathway that becomes altered in cancer cells, causing those cells to grow rapidly and resist treatment.

The data that was collected in animal tests indicate that this combination treatment leads to an enhanced anti-tumor response.

Current methods of detecting cancer involve surgical procedures like biopsies. And then there is the long wait to find out the results.

Leyla Esfandiari, an assistant professor at UC, has created a noninvasive device, and she and her team have found a way to make that process faster, easier and more cost effective. The point-of-care cancer screening and early diagnosis technique uses a small amount of a patient’s biofluids, such as saliva or blood. The patent-pending lab-on-a-chip device can be used in a doctor’s office and produce results within 30 minutes.

“By communicating with clinicians and biologists, you can understand what’s needed and find a really good application for what you’re developing in the lab and you can modify the design based on their needs to make a bigger impact,” Esfandiari said in an article on UC’s website. “It’s so important to bridge that gap between engineering and the medical field.”

The Cincinnati Children’s Proton Therapy Center is one of only two centers in the world for Proton Therapy for children with cancer. Proton therapy is a specialized pencil beam technology for treating tumors. While traditional radiation therapy affects everything in its path, including healthy tissues, proton therapy delivers a beam specifically to the tumor to destroy cancer cells while minimizing damage to surrounding healthy tissues and organs.

Children’s Hospital has made a $120M investment in the Proton Therapy Center to demonstrate its commitment to this sophisticated cancer treatment.

There is also tech around new treatments that can stop cancer cells from adapting to chemotherapy. Kurome Therapeutics is a preclinical stage therapeutics startup out of Cincinnati Children’s Hospital that is researching ways to target cancer cells that evade the effects of chemotherapy.

The startup’s process was designed after research by Dan Starczynowski, a professor at Cincinnati Children’s Hospital who has been studying immune signaling pathways for years. The hospital asked drug development professional

Jan Rosenbaum to take Starczynowski’s concepts from research to commercialization, and Kurome was born. CincyTech was its seed investor.

The treatment has already shown that it can improve survival rates and extend lives in animal experiments, which could lead to a significant impact if replicated in humans.

These are just a few examples of cutting-edge cancer research going on in the Queen City. Stay tuned to Cincinnati Future as more of them are developed.